The International Oral History Conference at Hebrew University in Jerusalem 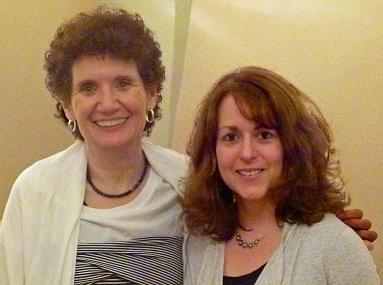 Judy Kaplan-Weinger and I take the light rail to Har Hatzofim (Mt. Scopus), the main campus of Hebrew University.  This is where – more than 30 years ago, as a University of Michigan undergraduate – I had embarked on my study of social identity in American and Israeli women. In Israel, I had worked under the mentorship of Dr. Amia Lieblich – a professor of oral history who will be the keynote speaker of the conference I'm attending. Once again, I find myself looking back at then, now. 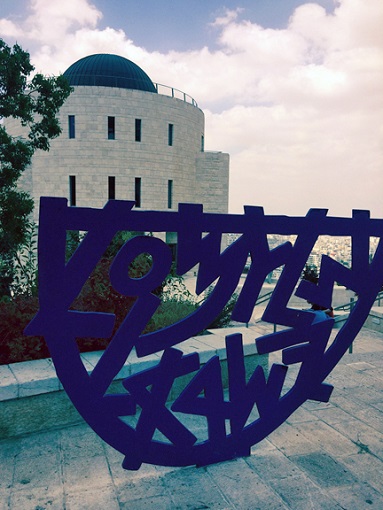 The Rabin Building for the World Center of Jewish Studies is new to me – a bright, contemporary building built into the hill, with huge glass windows and open spaces.  What remains the same as all those years ago is the excitement of engaging in research that is compelling both professionally and personally. I've used some of the framework from that cross-cultural research to inform the framework we have adapted for our current work on survivor testimonies and the threads of identity and resilience we see woven through narratives across the generations. 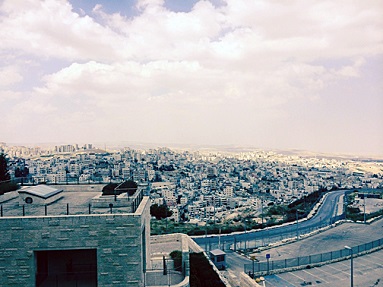 We are scheduled to present on a panel on the second day of the conference, so we can enjoy the opening remarks and the first day's presentations without the anticipatory jitters of sharing our own work. The conference roster and program is impressive, with researchers from universities and institutions all over the world – Israel, the US, England, Germany, Uruguay, Austria, Italy, Russia, France, Latvia, Australia, Canada, Spain and Romania. This International Oral History Conference is sponsored by Hebrew University, and the presentations are primarily related to Jewish or Israeli subjects -- the Holocaust, the Palestinian-Israeli conflict, North African Jewry -- or about oral history methodology, such as interviewing, narrative analysis, or ethical issues.

As I listen to the research of others from around the world, I feel an amazing sense of understanding, like-mindedness, and enrichment. We speak different languages, yet we speak the same language.

I have been conducting research with my friend and colleague, Judy Kaplan-Weinger, for about six years. I am a psychologist and she is a linguist; although our academic jargon is different, our interests and ideas intersect and overlap.  I have always been interested in resilience, as my prior clinical work was primarily in inner cities, working with children and families who were often facing extreme violence, poverty and multiple losses. How did some seem to adapt to their circumstances and even thrive, to make use of even the most minimal resources or help available to them and to form and maintain attachments?

As we will present in our conference talk, survivors speak about their lives – pre-war, holocaust years, and beyond – with reference to individual characteristics, interpersonal or relational experiences and/or group connections and affiliations that helped them get through the worst of the worst. They have experienced unspeakable trauma and loss, have suffered tremendously and have indelible scars. Yet many found that strengths emerged, and we have seen similar threads of strength not only in these survivor testimonies but also in the narratives of their children and grandchildren.

A presentation that especially captures my attention was given by the coordinator of the conference, Sharon Kangisser Cohen. She has looked at how early testimonies – those few interviews which were conducted in the first months after liberation – differ and compare to later testimonies, such as those taken in the 1980s and beyond by the Spielberg USC-Shoah Foundation.

There is a collection of early interviews recorded on audiotape by Dr. David Boder, a psychology professor from the Illinois Institute of Technology. When we started our research, Judy and I had tried to find the later testimonies of these survivors' early narratives to compare them, but had no luck in finding matches in two archives. Sharon was able to find about ten who were recorded by Boder and then later by the Shoah Foundation/Spielberg team. We listened to excerpts.

One of her central findings is that right after the war, the impetus was to document the details – the cold hard facts. The stories are remarkably devoid of affect, personal details or feelings. Psychologically, it is understandable that the survivors’ emotional response to the horror and enormity of trauma and loss was probably contained, compartmentalized, defended against in order to function, to breathe, to survive.

In the later interviews, the core story remains intact, but the additional elements of personal and interpersonal detail and emotion are allowed to emerge. Also fascinating is listening to Boder, to the interviewer's questions and comments. What the survivors told him then was new, unheard of and even more shocking and unbelievable than it is now.  Unlike the neutral stance of today's interviewers, Boder is openly incredulous and horrified.

I think about all this in connection with our interviews with the descendants of survivors...and even of my own family. As time passes, and the proximity to the pain lessens, perhaps it becomes easier to ask questions, to tell what happened and to hear the answers. We hear over and over that the grandchildren want to know and are asking questions that perhaps even their parents could not.

And just as there was urgency in 1946 to document the hard cold facts, there is a new urgency to gather the untold stories from the last eyewitnesses and to ensure that the stories – both facts and feelings – are told and passed on to future generations.